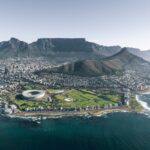 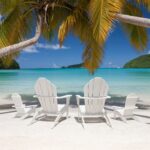 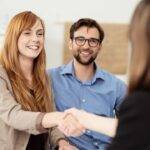 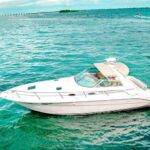 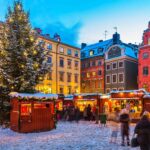 Walking With the Maasai and Other Adventures

As they bumped along the road to the Maasai Mara, they heard a helicopter flying low. This was the first day of Di and Leonie’s safari and a Kenya Wildlife Service (KWS) chopper was ushering an elephant back into the park. What an exciting way to begin their week in Kenya! This post tells of their June safari through Maasai Mara, Lake Nakuru, Lake Naivasha and Amboseli.

On their arrival they spent the first night at Wildebeest Eco Camp nestled in the quiet, green suburb of Karen in Nairobi’s south-west. Rested and refreshed, they headed to the Maasai Mara the next day. It was on this drive to Kenya’s premier game reserve that they watched the KWS helicopter herding a stray elephant back to within the park boundaries. Human-wildlife conflict is a constant challenge for conservationists in Kenya and elephants can be particularly destructive in a field of crops, which can result in retaliation from the community whose crops have been destroyed. So it’s imperative to keep the elephants in the safety of the park to avoid such conflict.

They entered the park and enjoyed a game drive as they made their way to Aruba Camp where they would spend the next two nights. During their time in the Maasai Mara Game Reserve they saw a leopard with its dinner – a Thomson’s gazelle – that it had dragged up into the tree. They also saw a leopard tortoise, a Marshall Eagle, buffalo herds, Lilac-breasted Roller (Kenya’s national bird), giraffes, elephants, topis, hyena, lions, ostrich and a puff adder. On their full day game drive, they enjoyed a picnic lunch in the middle of the savannah. Before leaving the Maasai Mara, they visited a Maasai village, which was a longer walk than anticipated, demonstrating that the Maasai definition of “not far” might be a bit different to an Australian definition!

The next stop was Lake Nakuru National Park. They stayed two nights a few kilometres outside the park at a camp called Punda Milias (“Zebra” in KiSwahili). More buffalos here and also rhinos! Makalia Falls at the south end of the park was gushing down as June brings an end to the rainy season.

A short drive took them to Lake Naivasha where they spent a night at Camp Carnelleys. The excitement here was a break in! Monkeys got in their room while they were out.

Finally, they went to Kibo Camp, for two nights at Amboseli National Park. Flamingoes were plenty in Lake Amboseli – which doesn’t look much like a lake in the dry season so seeing flamingoes here is quite special.

Being the admin gal, I don’t often get to meet our guests, despite usually spending many months emailing each other planning their safari. So if there’s an excuse to do an airport pick up or drop off or something similar then I don’t mind. This time it was a camera case and battery left behind in the vehicle. Di and Leonie had gone on to Tanzania and were flying back to Nairobi and then on home. So during their transit, I went to the airport to try to deliver the items. It was a bit of a mission and it was good that they had several hours to kill. I was passed from pillar to post until one immigration official told me that Di and Leonie would have to talk nicely to the immigration officers inside to allow them to come out to meet me. I almost gave up hope, but then Leonie found me wandering outside the terminal! Amazingly it had worked. Battery delivered, we made our ways home… one journey significantly different to the other, no doubt reflecting the significant differences in adventure each had just had. Known for its five stunning national parks, Utah is packed to the brim with scenic beauty. From Zion’s expansive canyons and the majestic formations in Arches National Park, to the spire-like Bryce Canyon hoodoos, there’s no shortage of natural wonders in the Beehive State. At first glance this rugged terrain appears inaccessible to people with […]

Colorado’s San Luis Valley possesses a spectacular landscape worthy of being admired for hours. What better way to experience this incredible valley that to ride the Rio Grande Scenic Railroad. This exciting train service features Art Deco-style club cars and offers amazing views of meadows, mountain lakes, cliffs, canyons and peaks, some of which rise […]

Situated on the famous Volcanic Plateau of New Zealand’s North Island is Rotorua – the entry point to the world’s leading geothermic zone. The Rotorua region, known as ‘Nature’s Spa of the South Pacific’, is home to hundreds of alkaline and acid thermal springs world renowned for their cleansing health properties and for their magnificent […]